Going back in time is something we can usually do only in fantasy. But maybe there are exceptions.

Something like this must have crossed the mind of Don Ángel Pulido Fernández, a Spanish doctor who was spending a pleasant summer vacation in 1903 Austria. Don Ángel was on a Danube cruise, enjoying the evening breeze, when he heard what he thought was a peculiar kind of Spanish. Upon closer investigation, he realized this was not what he was used to — it was in fact 16th-Century Castilian, complete with sounds and expressions long since lost in the language he had learned in his native Madrid.

To understand the good doctor’s jubilation, imagine an Englishman who bumps into someone speaking Shakespearian English. Just like England, Spain had lived a literary golden age in the 16th Century, and now Mr. Pulido was hearing that same language spoken in an everyday conversation.

When the mystery was unveiled, the answer was even more surprising — the persons keeping alive this relic of centuries were descendants of the Jews expelled from Spain in 1492. It had been 400 years, and they still preserved Cervantes’ language in Salonica, Istanbul, Sarajevo and many other cities of the Eastern Mediterranean. 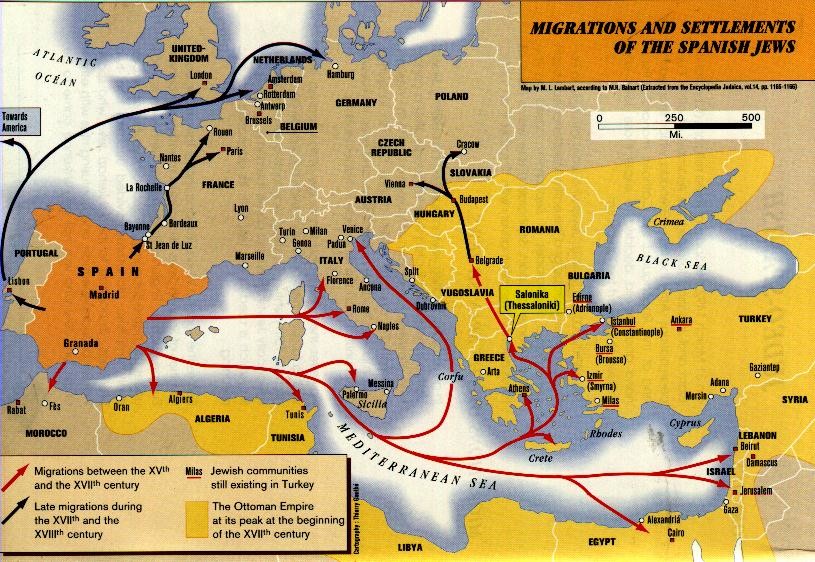 This Spanish, called “ladino”, “djudezmo” or “judeoespañol”, preserved as in amber sounds that Castilian had lost over the centuries; listening to it, one observes it was much closer to other Iberian languages like Portuguese or Catalan, with sounds like /ts/ and /dz/ (written ç and z), or /s/ and /z/ (written ss and s). By leaving when they did, the Sephardic Jews (Sepharad is Hebrew for Spain) had “escaped” the great phonetic simplification that occurred shortly after — a simplification that has meant, among other things, that Spanish children have an extra hard time learning to pronounce other languages (go ask any Spaniard who says “I am from Espain”, or who just can’t seem to distinguish between “bow” and “vow”; believe me, I’ve been there…).

Sounds are not the only thing the Sephardim preserved — Ladino is full of proverbs, stories and songs straight from the Spanish Middle Ages. And this heritage is now enjoying a second youth, in Israel and across the world — just listen to classics La Mujer de Terach or Yo en la Prizion; or for fusion, this ladino-flamenco piece by Radio Tarifa.

On returning home, Mr. Pulido started a campaign to vindicate Spain’s long-lost children. Since it was Spain, of course, it took a little while… Exactly 112 years.

But this year of 2015, the Spanish government finally passed a law allowing all descendants from the Sephardim to obtain a Spanish passport. And there were lines at the Spanish consulates in Israel, with many people (so I hear) wearing Barcelona FC jerseys… 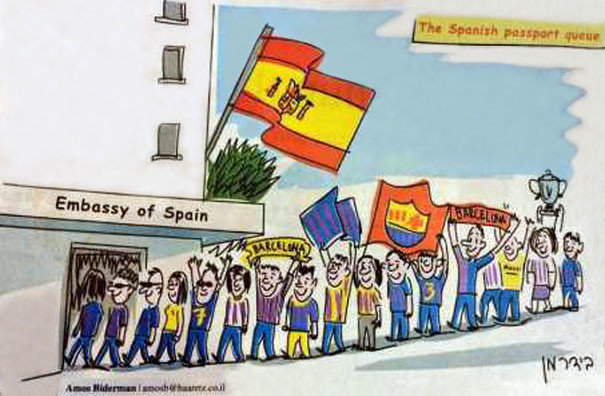 A 500-year-long story with a happy ending. How often do you see that?

Visit Granada with Granada Only

Leading company in the design of specialized guided tours in Granada.

Any cookies that may not be particularly necessary for the website to function and is used specifically to collect user personal data via analytics, ads, other embedded contents are termed as non-necessary cookies. It is mandatory to procure user consent prior to running these cookies on your website.